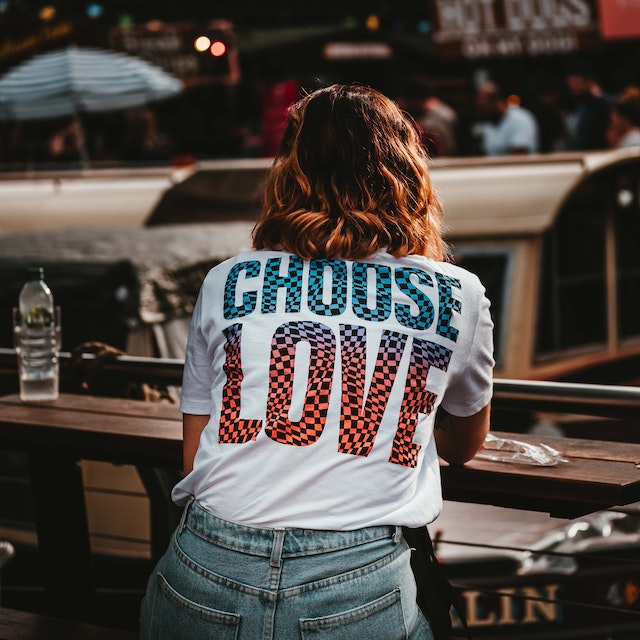 Help Refugees/Choose Love began in 2015 as a response to the refugee crisis during which 1 million people arrived in Europe, fleeing conflict and persecution. I spoke to one of Help Refugees founders, Josie Naughton, about how this NGO began, and some of the challenges they’ve faced since.

Help Refugees began when Josie and a couple of friends decided to raise £1,000 to fill a van with tents and sleeping bags for refugees living in Calais.

Josie explains: ‘we went to Calais expecting to find a big organisation there who we could hand all this over to, but there was no big organisation, no government responding, just some French and some British civil society actors who had come over’.

They decided to rent a warehouse so they could set up a distribution centre, and began supporting other grassroots organisations who were experts in their particular field. ‘That model has developed and we now currently work in 14 countries’ along the migration route in Europe and the Middle East, as well as the US/Mexico border.

To help support this work, the Choose Love online and a physical store was set up in 2017. ‘The idea is you come, you shop your heart out but you leave with nothing’.

For example, at the Choose Love store, you could buy a coat, a wash bag with toiletries, a phone with credit, and whatever you buy will go directly to a refugee who needs it. Much of the success of the store can be attributed to its tangibility, you know exactly what your money is paying for and how it will help.

‘In that first year we had this pair of pink fluffy children’s boots and people would come and pick them up and just burst into tears… suddenly it’s not just an abstract number, but you imagine that there is a child whose feet need to go in those shoes because they don’t have any shoes.’

The Choose Love store creates a connection between ‘us’ and ‘them’ and reminds us that refugees and asylum seekers are ‘exactly the same as us, they’ve just been dealt a different hand of cards’.

Josie has recently been in Lesvos due to the fire that broke out in Moria camp, leaving 13,000 refugees displaced yet again. During our conversation, we spoke about the responsibility of governments and whether humanitarian work excuses their inaction.

For example, Help Refugees works in refugee camps ‘funding basic things like garbage removal or wash and hygiene, which absolutely governments should have been funding’.

Josie explained that many humanitarians are pondering this question, ‘Are we just perpetuating the system by responding?’ Yet on the counter, ‘it’s so awful that as a human being, how can you let people live like that?’

In a similar vein, a major cause of concern for organisations who work in this field is the negative rhetoric about refugees and asylum seekers which is often used as a political strategy.

‘When we started [in 2015] there was this very dangerous rhetoric around the demonising of refugees and displaced communities, and this last 6 months we’ve really seen that back at the forefront…there’s no understanding or acceptance that these are people who have had to flee their homes because they have no other choice…there’s no understanding that it’s the western foreign policy often that is the root cause of displacement’.

Like many others, Josie is concerned that fear tactics and the description of the refugee crisis as an ‘invasion’ can translate into a normalisation of refugee suffering.

More recently there has been concern about the coronavirus pandemic and how this will affect refugees and asylum seekers.

At the beginning of the pandemic, coronavirus was described as ‘the great equaliser’ for the way that it affected everybody’s lives, but what it has shown is ‘the disparities between levels of privilege’.

Unfortunately, the strategies that most of us have put in place to minimise our chances of contracting the virus are almost impossible to implement in a refugee camp.

In Lesvos, the new refugee camp which was set up after the fire in Moria camp already has confirmed cases of Covid-19 and ‘the only thing separating them from other people in the camp is a barbed wire fence’.

Despite witnessing first-hand the suffering of some of society’s most vulnerable people, Josie has a comfortingly positive outlook. She says she is inspired by human beings’ resilience and by those in civil society who have chosen to step up and help.

‘We hear such hard stories and see people living in unimaginable conditions because of other people’s decisions, but I still wake up every morning raring to go and pushing forward. I really believe that things will get better.’