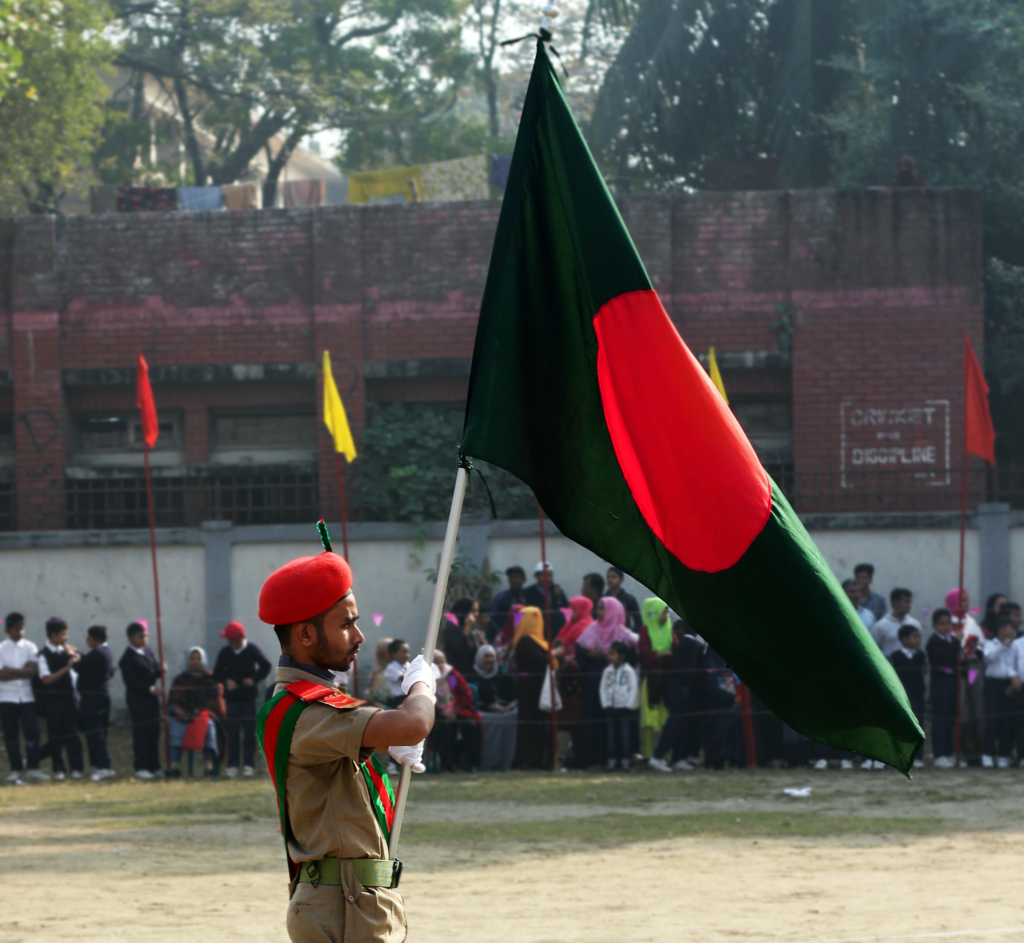 The Atrocities that formed Bangladesh

The lead up to Bangladesh’s sovereignty and independence was surrounded by dreadful atrocities. The South Asian region faced devastation during the Partition of the British Indian Empire into Pakistan and India in 1947, which displaced fifteen million people and killed more than one million people.

The partition of the British Empire was based on religion. India was a Hindu majority, so Pakistan was formed primarily for Muslims – which was made up of West Pakistan and East Pakistan, which was 1,000 miles away and took up much of the eastern parts of the Bengal province.

Following the partition, relations between West Pakistan and East Pakistan soon soured due to cultural and geographical difference.  East Pakistan was the largest province, made up of 75 million Bengali people, as opposed to West, which was made up of 55 million, predominantly Punjabi speaking Pakistanis.

However, Bengali culture in the East was not aligned with the traditions of the West and thus tensions formed. The refusal to accept Bengali as a state language during the aftermath of the partition along with economic disparity between the two parts, martial law and a ‘’demeaning attitude towards Bengali culture’’ lead the Bengalis to seek sovereignty and independence by supporting the Awami League Party, led by Sheikh Mujibur Rahman who was based in East Pakistan.

The Awami League Party had won the National Election in 1971 and demanded autonomy for East Pakistan.  However, West Pakistan parties, namely the Pakistan’s People Party (PPP) refused to give up power and violence broke out between the Bengalis and the Biharis – the Urdu speaking communities in East Pakistan.

As the violence escalated in 1971, the Indian government reported that between 8 and 9 million people took shelter in 829 refugee camps. Many people were also displaced within the country, to escape mass killings and rape. Others joined arms training to join Mukti Bahini, Bengali freedom fighters.

The nine-month conflict ended with the surrender of the Pakistan army on December 16 1971 – with a death toll estimated to have been between 300,000 and 3 million people. East Pakistan was changed to the Peoples Republic of Bangladesh.

When Bangladesh first became a country in 1971, it was incredibly poor and described by Henry Kissinger in 1971 as a ‘’basket case’’. There were 80% of people living below the poverty line, the GDP growth rate was -14%, political instability was rife and the nation was devastated by floods and famine.

However, now Bangladesh has an average growth rate 8% – well above the Asian average and the number of people in extreme poverty has drastically reduced.  Prime Minister Sheikh Hasina’s government aims to make Bangladesh a developed country by 2041.

Bangladesh has also a number of Rohingya refugee camps – with prime minister Sheikh Hasina stating there are over 1.1 million Rohingya refugees now living in camps. Bangladesh have opened the doors for the displaced Rohingya community who are being subject to ethnic cleaning and genocide in Myanmar.

However, just like every nation, Bangladesh still has issues today. Campaigners have highlighted the erosion of democracy under prime minister Hasina, with critics saying its ‘’risks becoming a one-party state intolerant of dissent’’ which threatens the democratic principles it was founded. With people questioning the integrity of the 2018 general election victory for the Awami League, the country has seen many arbitrary detentions, enforced disappearances, torture and extrajudicial executions to opposition in recent years.

Climate change is also a tremendous challenge for Bangladesh. Powerful cyclones and floods have taken the lives and displaced millions of people and intensity is expected to increase in the coming years. 20% – 30% of Bangladesh is predicted to be submerged by 2100 due to the rising sea water levels.

Remembering Bangladesh Independence Day is remembering the horrors its people faced and the adversity it overcame. However, the day should also be seen as a celebration of how a set of people gained their right to govern themselves and gained a sense of dignity. Bangladesh is just 50 years old – meaning it is a young country with still a lot to learn and develop into.

Bangladesh of all countries understand that people must protect their language and culture and ensure their history is not erased, which is why it is no surprise that Bangladesh has taken in so many Rohingya refugees, a group who is facing many of the same horrors the people of east Bengal faced. Bangladesh has played a significant role in helping the displaced Rohingya community seek refuge – although there is still more to be done.

Nevertheless, Bangladesh needs the help of the world to ensure they are able to provide safe places for refugees and to tackle the issue of environmentalism the country faces. One way you can help is to donate to UNICEF to help provide much needed support to refugee camps.