Could refugees help solve the problem of ageing populations? 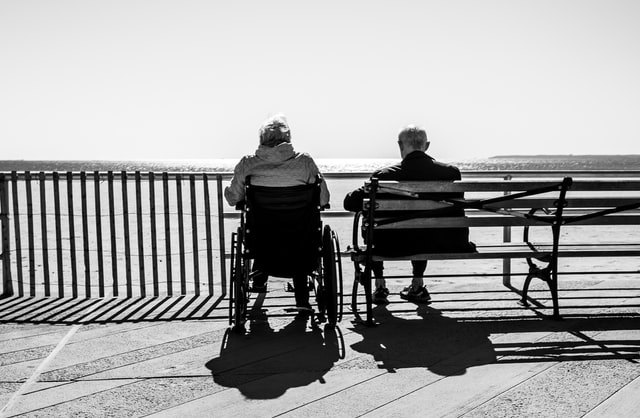 Many countries today are experiencing an ageing population, where the number of over 65’s is increasing faster than any other age group in the population.

Japan, Italy and Finland currently have the most aged populations, but the UK is not far behind. In the UK over 12 million people are over the age of 65, and with improvements in medical care and life expectancy, this is only projected to increase.

In fact, according to the UN World Population Prospects, by 2050 one in four people living in Europe and Northern America will be aged 65 or over.

So why is an ageing population such a problem?

In the UK 55% of welfare spending is paid to pensions, and spending on this age bracket is expected to increase by £32.8 billion every year. With a larger proportion of the population being of retirement age, this means that there are fewer workers who can support government spending on pensioners.

In short, the government is increasingly spending more on the older population, whilst receiving less tax revenue from younger people of working age.

How could refugees help this issue?

For this reason, encouraging the employment of refugees could solve two problems at once. Society could integrate and support refugees to rebuild their lives in their host country, whilst relieving some of the stress inflicted by the ageing population.

In addition, the UK could gain access to the diverse set of skills that refugees offer. For example, a study by Deloitte found that 38% of refugees held a university degree, and according to the Nuffield Foundation, nearly half of all refugees coming to the UK held some type of qualification.

Furthermore, refugees bring a diversity of thought, innovation and a variety of skills that they can contribute to workplaces in their host country.

Could refugees really make a difference?

Realistically, the number of refugees arriving in Europe would be too small to make a dramatic difference on the issues caused by the ageing population across the nation.

At the height of the refugee crisis in 2015, the number people arriving in Europe made up just 0.1% of the EU population and therefore could not single-handedly solve this problem.

However, it is typically in rural areas where the most aged reside, and it is believed that these smaller towns could benefit the most from the youth of the refugee population.

Overall, it is unlikely that welcoming refugees could solve the problem of aged populations, but rather they could become a part of the solution if they are recognised as an economic asset.

Sona Circle promotes workplace equality by educating employers on the valuable skills that refugees can bring to businesses and how they can make their hiring practices more refugee-friendly.

If you would like more information on how Sona Circle can support you and your business, please do get in touch.