In Conversation with Lord Alf Dubs about Refugees in the UK 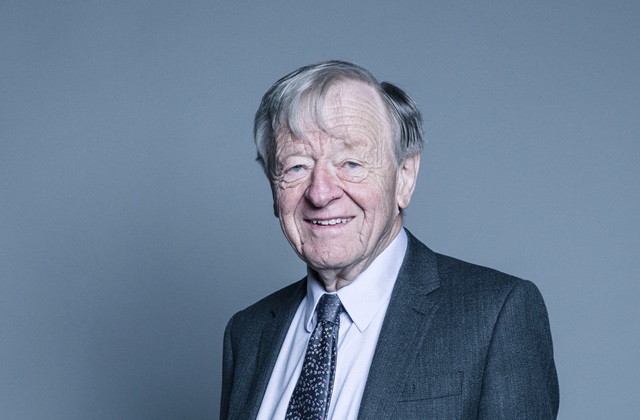 Two terms in the House of Commons, seven years as Refugee Council director, and a life peerage in the House of Lords; Lord Dubs’ impressive CV makes him one of the UK’s most prominent refugee campaigners.

For Lord Dubs protecting refugee rights have always been at the centre of his values. A child refugee from Nazi-occupied Prague, Czechoslovakia, Lord Dubs fled to the UK via the Kindertransport, a British government initiative allowing Jewish children to gain refuge in the UK.

In recent years, Lord Dubs has achieved prominence in his advocacy of refugee rights in the Lords, most notably through his amendment to the 2016 Immigration Act. Named in his honour, the Dubs Amendment allowed for unaccompanied Syrian children to seek protection in the UK.

Currently, Lord Dubs is campaigning for a similar clause, to safeguard child refugees, to be added to the new post-Brexit Immigration Bill.

We spoke to Lord Dubs about some of the most pressing issues to refugee rights facing the UK. Lord Dubs provided insight on new immigration bill, EU relations and the impact of coronavirus on the refugee community.

The COVID-19 pandemic has been an especially volatile time for refugees, with the emergency exposing faults of an already problematic system. Detention centres are an area of notable risk to refugees with the close proximity of detainees, increasing the likelihood of infection.

Lord Dubs is particularly concerned that the measure is “much-abused” by government and is both ineffective and unethical, as a “large proportion” of detainees are “eventually released.” As a result of this malpractice, detention reform composes another of Dub’s amendments to the new Immigration Bill.

With the overarching concern of the pandemic, Lord Dubs is keen to stress that coronavirus has “drawn attention away from refugees” with government viewing progress to refugee needs as a lesser priority. Many are concerned about what exactly the long-term effects of the pandemic will be on refugees.

The future of the health and social care system is one in which particular adjustments will be most felt.

For Lord Dubs, the pandemic has “highlighted how much we depend on social care” workers, with the sector home to many refugees. To further safeguard the needs of vulnerable workers, Lord Dubs demands a “rethink…of the social care system” and stresses the importance of paying “decent” wages.

Before the pandemic, Brexit posed the most uncertainty to the UK’s relationship with the international community. As the post-Brexit policy remains unclear, there is concern over the new role of Europe in cooperation of refugee rights issues.

Lord Dubs is hopeful that the UK will negotiate the continuation of the Dublin Treaty, which allows asylum seekers who seek refuge in one European state to reunite with family members in another European state. However, this is a delicate issue, with the future EU relations dependent on maintaining “goodwill” between states.

In resolve to wider European issues, Lord Dubs encourages a more “uniform and liberal approach towards refugees” to allow for a more effective system across the continent. For example, Lord Dubs points to the example of child refugee status being revoked after the age of 18 in the UK whereas this practice is not adopted by other nations e.g. Germany and France.

Lord Dubs stresses the particular importance of cooperation between the UK and France.

As the UK’s closest neighbour, France shares the English Channel, a major refugee migration route between the two. The Channel has been of specific interest recently under Home Sectary Patel’s proposal to close all refugee access routes in the Channel over concerns of UK sovereignty.

Lord Dubs is particularly worried about the media’s role in the portrayal of refugees whereby “concerns over the Channel” are played in “such a way as to increase hostility towards all refugees”. This narrative is often at odds with the idea of outward hospitality the UK aims to portray, leading many refugees to cross the “dangerous stretch” as “they believe they will be treated better.”

However, it is not only government and large organisations that will influence the future of refugee rights.

Lord Dubs concludes that “we’ve got to get public opinion on our side” if the government wants to reform the refugee system, noting the power of public pressure in enacting change.

Sona Circle, a non-profit social enterprise that connects refugees with employers have been actively engaged in the shaping of public opinion in support of refugees. Sona Circle are advocates for the rights of refugees and asylum seekers in the UK through the ‘Lift the ban’ campaign let by Refugee Action, the SonaTalks events which seek to highlight the invaluable contributions which refugees make to our communities and most recently through the launch of #EqualTees where members of the public are invited to take an active stance on promoting true equality across the nation.