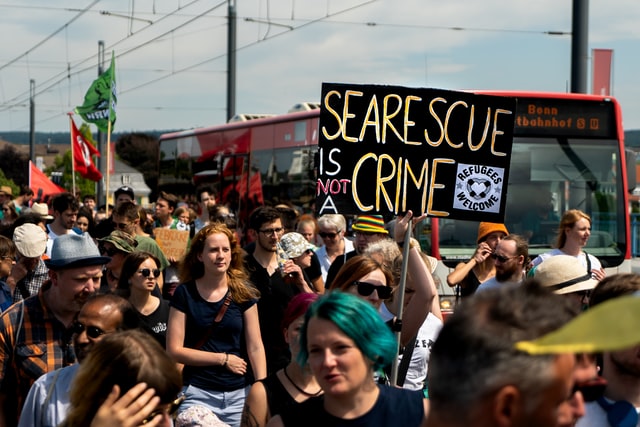 As the COVID-19 pandemic has destroyed lives, economies and health systems across the world, many communities have experienced disruption. One annual event occurring each summer in Italy which has seen no change over the years; the arrival of migrants in the southern shores of the country.

This summer, however, the Italian Parliament is discussing a reform of the law covering the asylum reception system, putting to question the protection granted to migrants.

Italian Minister of Interior Mr Lamorgese submitted a legislative proposal in order to reform the so-called “Safety and Immigration decree”.

To understand the impact of this proposal, it is important to take a step back and have a look at the Italian asylum system and what effect any changes will have on the lives of refugees.

In Italy, the reception system for asylum seekers and refugees was formally established in 2001, when the PNA (Program of National Asylum) was formed. This was the first public program of its kind in the country.

Later in 2002, an important innovation to the programme was implemented, the national network of the SPRAR (Protection System for Asylum Seekers and Refugees), which represented the cornerstone guidelines for the reception of refugees in Italy. The SPRAR was in place during the first extraordinary wave of arrivals, between 2011 and 2013.

During that critical period, in order to cope with the increased number of arrivals, the then Minister of the Interior declared a state of emergency, the so-called North Africa Emergency (ENA). A new reception system was set up to work in parallel to the SPRAR.

This new system brought with it a new set of problems as it cut down the services to asylum seekers (i.e. poor integration programmes, no language classes and no job orientation).

In 2013, when the state of emergency had passed, the ENA reception programme was discontinued, which meant that the migrants still hosted in the reception facilities at the time had to leave, with no alternative accommodation provided.

The “respite” period was short, however, and in 2015 a major wave of new arrivals in Italy found the country yet again, unprepared.

To provide a timely response, the CAS (Extraordinary Reception Centres) was set up, with the aim of fulfilling the shortcomings of the SPRAR system. The guidelines regarding the structure and management of the CAS have remained vague over time, without clearly indicating minimum structural requirements or quality standards.

These centres, however, instead of representing a temporary solution became the focus of the Italian reception system efforts. In 2018, the Safety and Immigration Decree essentially transformed the extraordinary reception centres into an essential step in the application for international protection.

At the same time, the SPRAR renamed SIPROIMI (Protection for Holders of International Protection and Unaccompanied Foreign Minors) has seen the exclusion of migrants and asylum seekers from potential benefits by creating a range of categories of migrants, such as refugees, subsidiary protection, unaccompanied minors and special cases (victims of violence, labour exploitation, health treatment and civic value).

The newly iterated SIPROIMI, proposed by a populist Italian politician, was met with a lot of concern by immigration experts, as it decreased the minimum standards of living for asylum seekers. In the CAS extraordinary reception centres, support with language, employment and integration were withdrawn which meant that many months were wasted while asylum seekers awaited their asylum claim results.

The new Minister of Interior, a technician with a broad range of experience, has proposed a change to this regulation, a reintroduction of the SPRAR system and a modification of the Safety and Immigration Decree. This is currently on the agenda for the Italian Parliament to vote on.

In the meanwhile, thousands of migrants are leaving Libya and North Africa and heading towards Italian shores. After decades, an effective European response is still lacking. Italy remains alone in the rescue of migrants from the shores due to the lack of a cohesive agreement among the European Union.

However, in this chaotic picture of the Italian legal framework concerning refugees, there is one thing that has always made a positive difference to the country’s response to refugees, this is the commitment of the Italian population in supporting refugees and asylum seekers by volunteering and donating to support refugee programs.

Many of the flaws of the government response systems are repaired by the commitment of the Italian people.