From ‘Desert plight’ To The ‘Blue And White’: The Story Of Pnina Tamano-Shata 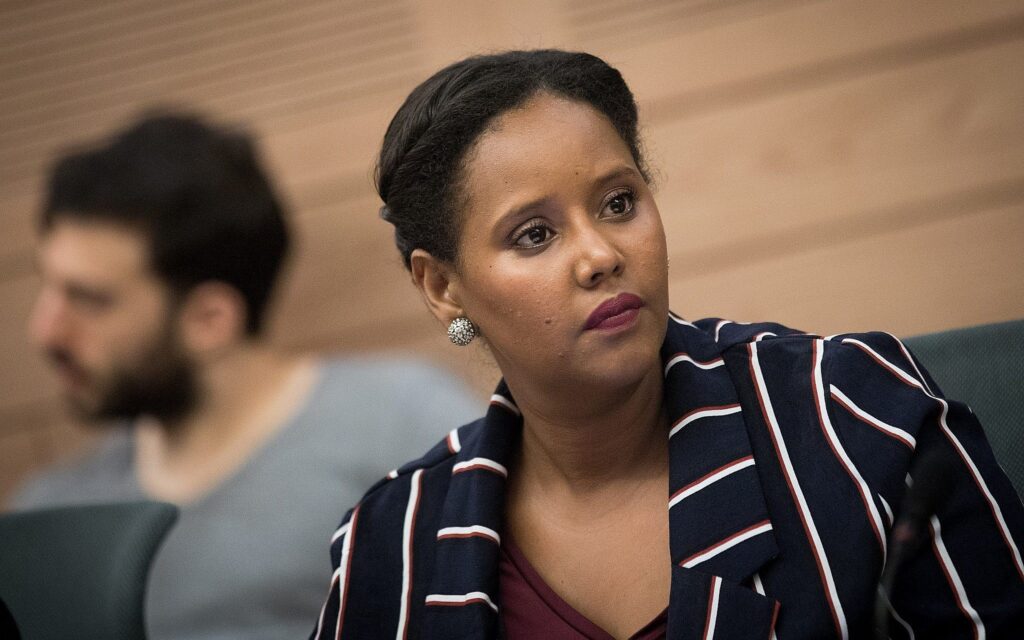 Leaving her home at the age of 3, during the Ethiopian civil war, Pnina fled to Sudan before immigrating to Israel in search of the true homeland of her ancestors.

Tamano-Shata was born in 1981 in Wuzaba, a small village in the Gondar region of Ethiopia. She was one of the hundreds of thousands that fled the country’s economic misery and political repression during the peak of the civil war.

The family: comprising of her father and five brothers, along with thousands of others, migrated to the neighbouring country of Sudan and were housed in refugee camps. Her mother, however, was left behind and would only be reunited with the family several years later. Sudan, during this time, was quickly becoming a hotbed for social unrest, due to the impending second Sudanese civil war. It was at this point, that both Pnina and the rest of the 8000 Jewish Ethiopian community, began to seek help from the Israeli Intelligence agency (Mossad).

She was one of the lucky ones, surviving the 600-mile journey by moonlight across the desert to the Mossad-built airstrips. The refugees were then smuggled, a few hundred at a time, on transport planes heading to Israel by way of Brussels.

How did an Ethiopian refugee establish herself in Israel and become a member of the Knesset?

Just over three decades after leaving her birthplace, Pnina had managed to gain a foothold in the political career she was seeking. After serving in the Israeli armed forces, her next mission was to gain a degree. Seen as an immigrant, she was told that all the law slots for Ethiopians at university had been filled, and she would not be able to attend. Not disheartened by the discrimination, Pnina chose to study at the local Ono Academic college, and finally gain her degree in Law which she saw as fundamental if she were to evoke change in Israeli society.

By 2012, her political career began to take flight as she joined the Yesh Atid party and became a member of the Knesset (Israeli parliament). This newfound experience in the Knesset served her well over the next few years, and she was driven by the ability to carry out reforms and brighten the path to a just and moral society.

“Children can do anything they want, despite the difficulties and stigmas”, stated Pnina, whilst herself proving this to be an achievable feat.

Her success did not stop there however, Pnina was to become a member of the Blue and White party (a coalition party) in April 2019 and go on to be elected twice more. The latter of these elections saw her appointed as the minister of Aliyah (immigration of Jewish peoples to the holy land) and integration as of May 2020; becoming the first Ethiopian-born Israeli to achieve this status.

“Aliyah is the soul and beating heart of the state of Israel. I will work diligently to encourage immigration from all countries of the world and to lead the reform of the immigrant absorption process in Israel.”

This is a woman who understands the tribulations of struggle and came to realise, that she could use the opportunity her adopted country had given her, to push for real change in the future. She persisted further by stating that:

“With dedication and loyalty to make every immigrant child or adult feel at home from the first minute.”

Covid-19 and the continued mission?

Even through the heart-breaking year the world has faced, Tamano-Shata has remained loyal to her fight to keep Aliyah working strong. At a time where people have even fewer resources and the causes of struggle are massively heightened; her policies could be the difference in enabling refugees to start a new life post Covid-19.

Pnina Tamano-Shata understands the importance of helping those who have no way of escaping their strife, and just like she was once saved by Mossad as a refugee, so to can she save the refugees who struggle today.